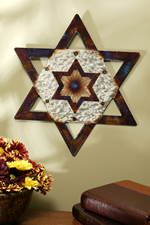 Passover for 2011 begins at sundown on Monday, April 18 and continues through the evening of Tuesday, April 26.

Passover begins on the 15th day of the Jewish month of Nissan. Passover, or Pesach (in Hebrew), commemorates the Israelites Exodus from Egypt. Its name refers to the passage in the Book of Exodus (12:11) when God “passed over” the houses of the Israelites during the tenth plague. Passover is one of three pilgrimage festivals, along with Sukkot and Shavuot.

The verb “pasàch” is first mentioned in the Torah account of the Exodus from Egypt (Exodus 12:23), and there is some debate about its exact meaning: the commonly held assumption that it means “He passed over”, in reference to God “passing over” the houses of the Hebrews during the final of the Ten Plagues of Egypt, stems from the translation provided in the Septuagint. Judging from other instances of the verb, and instances of parallelism, a more faithful translation may be “he hovered over, guarding.” Indeed, this is the image used by Isaiah by his use of this verb in Isaiah. 31:5: “As birds hovering, so will the lord of hosts protect Jerusalem; He will deliver it as He protecteth it, He will rescue it as He passeth over”.

Passover is also referred to as Chag he-Aviv (the Spring Festival), Chag ha-Matzoth (the Festival of Matzahs), and Zeman Herutenu (the Time of Our Freedom).

One of the most significant observances related to Passover involves the removal of chametz (leaven) from the home. This commemorates the fact that the Jews leaving Egypt were in a hurry, and did not have time to let their bread rise. It is also a symbolic way of removing the “puffiness” (arrogance, pride) from our souls.

The Passover Seder is a very special and sacred meal celebrated with family and friends. Jews who would not otherwise consider themselves “religious” oftentimes still celebrate this important meal. Many families in Israel will arrange to have the Passover Seder at a hotel or other large banquet facility to accommodate the large number of people in their extended families.

As Christians, we believe that Jesus is our Passover Lamb, and passages throughout the New Testament point to Him as such.

“Get rid of the old yeast, so that you may be a new unleavened batch—as you really are. For Christ, our Passover lamb, has been sacrificed.” 1 Corinthians 5:7 NIV

“But with the precious blood of Christ, as of a lamb without blemish and without spot” 1 Peter 1:19 KJV

“The next day John saw Jesus coming toward him and said, “Look, the Lamb of God, who takes away the sin of the world!” John 1:29 NIV

The Communion Meal becomes the believers’ celebration of Jesus Christ as our Passover Lamb. We do not wait for a special time of year to celebrate His sacrifice, but rather we can celebrate it any time we partake of the bread and the cup in remembrance of Him (1 Corinthians 11:23-30). His sacrifice was not only for the forgiveness of our sins, but also for the healing of our physical bodies.

“The two parts: sin and disease, were removed from the Children of Israel by the blood and body of the Passover lamb respectively. Since Jesus Christ is our Passover Lamb once and for all the sin and disease are removed by the blood of Christ and the flesh of Christ.” (http://www.picturesofsilver.com/Teachings/our_passover_lamb.htm)

Celebrate Your Faith has beautiful selection of meaningful gifts focused on Judaism and the Old Testament Scriptures to celebrate Passover.

For additional information on the Jewish Passover, consider visiting these websites: